The teachers at VCI, and other schools across Ontario, are refusing to participate in extracurricular activities, like after-school sports, because the Ontario government blah blah blah, it doesn’t matter. But one hundred-ish students at VCI walked out on Friday afternoon in support of the teachers.

And some of them took five minutes to make signs. So I guess it matters to them. They probably stole the cardboard and markers. Fucking delinquents.

Or confused kids. Whatever. The point is this job action won’t inconvenience the school board at all, which, I think, was supposed to be the point. But it will inconvenience everyone else, like any student in a drama or music program, or on a sports team, or who belong to a club, they all lose something.

Even the teachers, who may have a point, lose credibility with parents who get to watch their kids not do the stuff that interests them and that would eventually make them better kids. So, really, this is a lose-lose teachable moment for pretty much everyone.

Those signs are cool, though.

“When the union’s inspiration through the workers’ blood shall run,
There can be no power greater anywhere beneath the sun;
Yet what force on earth is weaker than the feeble strength of one,
But the union makes us strong….”

…the photo looks a little bleached out because I was using my zoom on a grey day. Some version of this photo will / should be appearing in the local paper [The Review: Link] — this is the one I like most, but cropping to just the two students holding the sign would work.

…also, I rewrote / edited most of this because, when I reread it — after getting some sleep and drinking some orange juice, it seemed a little cruel. Also, it was incoherent. 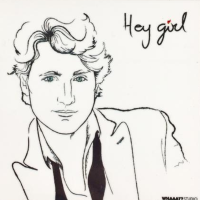