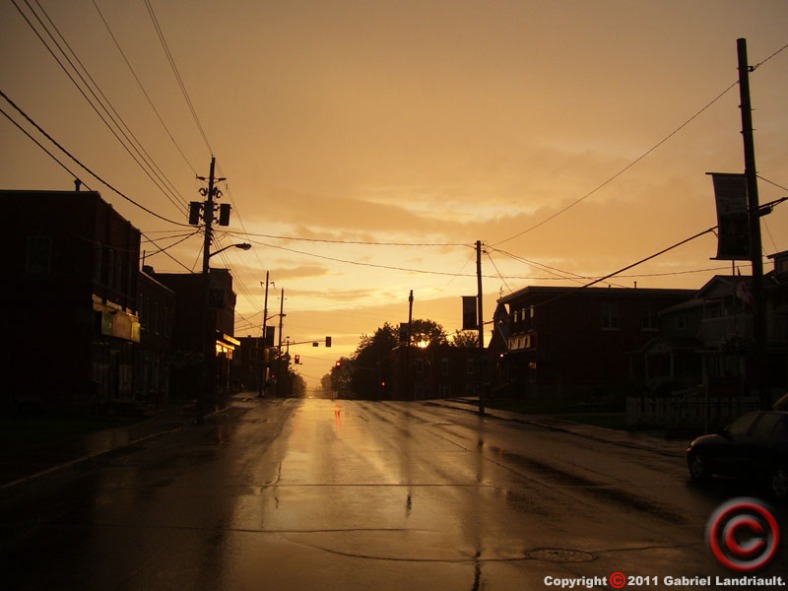 I’ve been taking photographs of Vankleek Hill, as part of my hobby, since 2006… roughly. Architecturally, I’ve mostly stayed within the four or five blocks on the top of the hill that make up the oldest part parts of Vankleek Hill — like the shot above [link alert], of our Main Street.

But that’s a cheat. I hear visitors and people who live here talk about how picturesque the village is, or can be, but really, they’re referring to less than a fifth of the entire town. Don’t get me wrong, most — like 90% — of the homes here are nice, suburban-rural houses with nice yards that get mowed once a week.

There are, however, properties — almost entirely commercial — that are empty, and even bordering on derelict. Which makes sense, considering Vankleek Hill is dead centre in one of the most economically depressed regions in Canada. Honestly, I’d say we’ve gotten off pretty lightly compared to most other communities in Eastern Ontario.

We’ve been lucky. And I mean ‘lucky’. There was a time, roughly thirty years ago, when people started buying up the old, original homes — the red brick ones, with the fancy gingerbread, and “renovating” them. This generally meant ripping out 100-year old, hand made staircases, or putting up aluminum siding, or dividing huge rooms into tiny apartments, or throwing the gingerbread in the trash instead of restoring it.

But, thanks to a lot of hard work, and education campaigns, and making people understand that their property — and the town — were more valuable without the ‘renovations’. What Vankleek Hill has in its favour today, is an understanding and respect for its history [link alert] — even if not everyone understands, or has even been taught that history. Somehow, just the architecture makes everything seem important, simply because the architecture is still there.

But Vankleek Hill has a lot of empty spaces right now. I took these shots over a two week period this past spring. Most of the “For Rent” signs had been up for more than a year… or businesses came and went so quickly the signs never really came down. I have some theories as to why Vankleek Hill’s retail and commercial properties haven’t kept up with its residential ones, but…

…anyway. The two banks; the pharmacy; Lalande’s convenience store (formerly Fleur’s); the post office; the Windsor Tavern; Home Hardware; the library, and; a few law offices have been where they are pretty much forever. The Review and the VKH Museum have new homes that should be there thirty-years from now. Everything else is in permanent transition.

Vankleek Hill does have an industrial park, with a small but innovative pack of businesses… I’m not sure what this one does, but it’s the last one on in the industrial park. After this, it’s all fields. 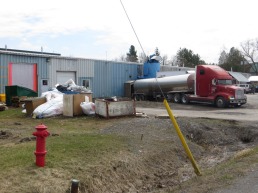 I’m sure this was just garbage day at Beau’s… or spring cleaning, or something, but this was the shot that gave me the idea for this photo essay… so here it is.

…left overs from the last tenants. 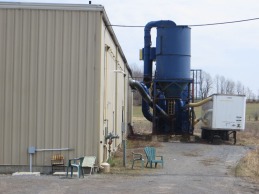 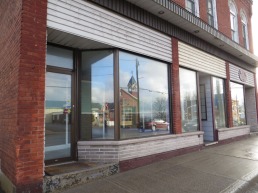 …the south corner of Main Street and the Highway.

…such a great little space, but the tenants come and go. 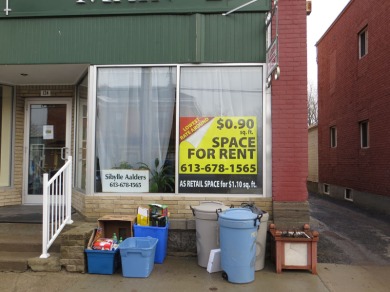 …currently undergoing some minor renovations, this property has been home to a number of businesses.

…such a beautiful building. The right half is used as a rehearsal space for a band. I think they want to (eventually) turn it into a restaurant. 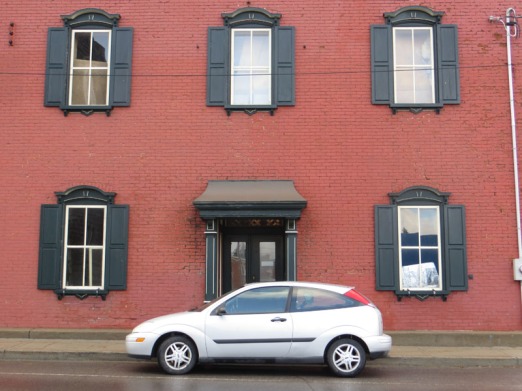 This used to be a fantastic fruits and vegetable store… but it has been empty for twenty years or more. But, because the front and back windows line up so well, if you look through them at the right time, you can get a great shot of the sunset.

…they had the best burgers in town, a decent pizza and a great location with lots of parking. The tables are still set, and everything has been collecting dust since the spring.

This space has been under renovation for years… trick of the trade: don’t start what you can’t afford to finish. I think I saw that on an episode of Holmes On Homes.

…fully renovated, beautiful building, right downtown, and only rented out once in the past six-years, for about six weeks.

This building has been empty for about a year… back in the mid-80’s there was a health food store here. More recently, on the left was a music store, and on the right a flower shop. The music store is in Hawkesbury, the flower shop is still in Vankleek Hill. The new owners of are promising to properly renovate the building.

The convenience store burned to the ground two years ago… putting some very nice people out of work, and a big hole in Main Street. The property was recently sold. 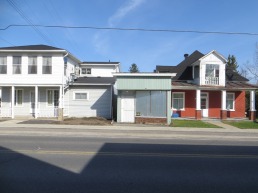 …when we first moved to Vankleek Hill, waay back in 1979-ish, this was our local convenience store. It has been empty since the mid-80’s.

The home of The Review — our local news paper — for the 1980’s and some of the 90’s, this has been mostly empty for the past decade. 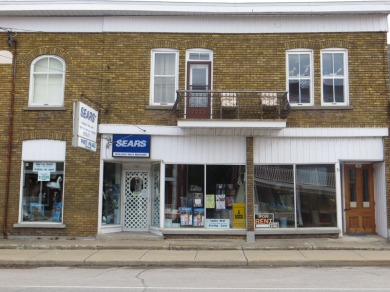 …this was a retail clothing store for a little while, before that it was where I bought my comic books for many years. Now it’s a ‘take-out’ restaurant that my parents love.