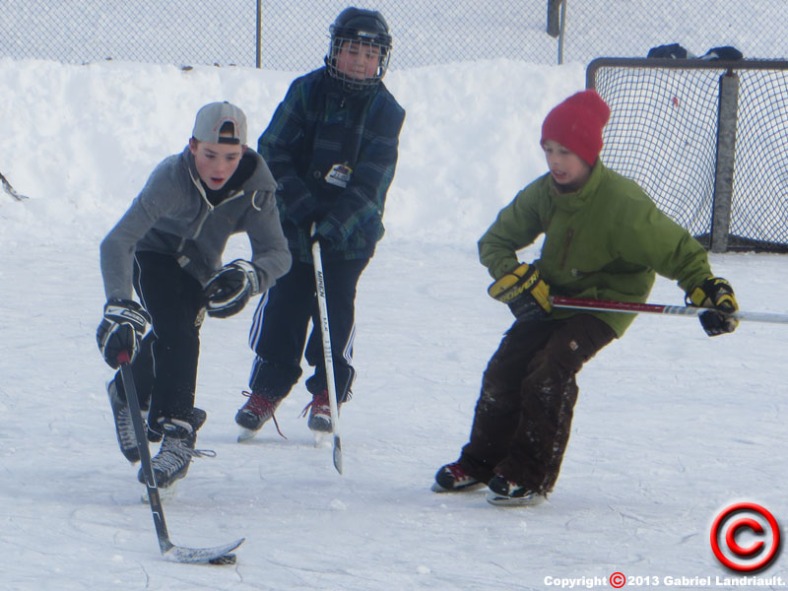 This shot is the result of my second freelance assignment from our local paper. I was asked to shoot a broomball tournament at the Vankleek Hill Arena but, when I got there, I found out it had been cancelled a few days in advance.

There’s something to be said for calling ahead. But, hey, it was okay. It gave me the opportunity to explore this village’s Sunday afternoon cultural heritage… and so, after fifteen minutes standing / gossiping at the counter of the arena canteen, I went outside and took photos of kids playing hockey.

Weird thing… Vankleek Hill’s very first business was an Inn, it opened 216-years ago. Basically it was an all-in-one bar, restaurant and a place to sleep. Two centuries later, and the only things open here on a Sunday are two convenience stores, a restaurant, the arena and a bar.

You’d think, with all that time on their hands, with nowhere to go to keep them occupied, the kids around here would… oh, wait, they do.

I had the camera set at it’s maximum optical zoom of 20x (it also has a digital zoom of 80x)… I’m not sure if the shot is a little washed out because of weather reasons, or because my lens was filthy. Probably both. I also had the ‘exposure compensation’ set at +0.70, and nothing good ever comes from that, especially when shooting sports in lowish light.