I think this year was the 178th VKH Fair [more here: link]. I went back through the VKH Photos Archives and I could only find one other year where we took photos of The Fair. Which is weird, right? It’s a massive, extremely photogenic event attended by thousands of people. You’d figure we’d be all over it.

I think the primary reason is the VKH Amateur Photographers Group kind of fell apart in 2015 when I got sick — Severe Uremic Neuropathy brought on by Stage-4 Kidney Failure [link], and spent the year in the hospital recovering.

But covering Events can get pretty frigging expensive as well. It cost $25 to get into the VKH Fair this year, even if you were just there to shoot the Demolition Derby, for example. Add on another $50 to get the kids in, and then the games in the Midway, the overpriced food, and all that crap, and pretty soon it’s a $150 day.

This year was a little different, though. I wasn’t feeling well, so I bought tickets for the kids and their mother, and had plans to just stay on the couch and binge-watch Buffy on Disney+. But the Publisher / Owner of ‘The Review’, our local paper of record [link], called and asked if I could shoot the first night of the Fair — specifically the Parade and the Combine Derby… and she was supplying the ticket, so how could I say nope?

But I should have said nope. Shooting the parade went great, until I realized I had been shooting on ‘Sports Mode’ the whole time. Then the Demolition Derby — featuring old farm combines, started a little late, so it got dark and my little Nikon 18-55mm lens haaaaates that. And, even though I had permission from the Fair Group to go where I wanted, the Volunteer Firemen wouldn’t let me get anywhere near the action, so I had to shoot facing huge bright lights which meant my light metre was just freaking out. Then, when I finally got home, it turned out I was feeling like crap because I had a pretty awesome case of Covid.

…I’ve had The Vaccine four times over, so it never got too bad, but I definitely should have gone with Plan A.

The main shot on the papers Front Page was a couple of cute kids and their heifers. Nothing I took was going to compete with that. But I did get a shot in of the combine derby… not Mitch though. And they did use a few others on their website [link]. So I’m happy about that.

…anyway, click on a photo to get the carousel going. 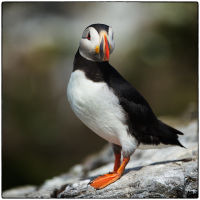 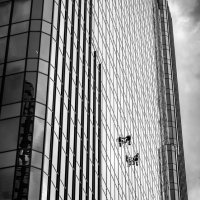