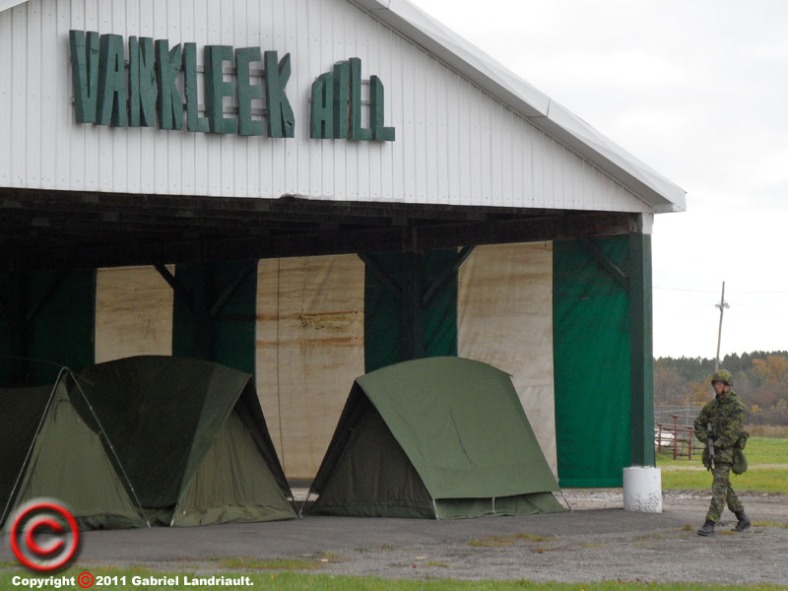 The Canadian military, specifically a small piece of the army part, came to Vankleek Hill recently for an exercise lasting a few days. Mostly it was small communications vehicles and fast support vehicles, which are heavily modified Mercedes-Benz “G-Wagons”.

The heavy modifications are mostly limited to green paint, a CD player and a hole in the roof for a top gunner. But they could be painted up as clown whores with square tires and they’d still be a huge improvement over the super ridiculous Iltis jeeps the Canadian forces were forced to use until ten years ago. That thing was barely one step up from a carnival bumper car.

Anyway. That’s all fixed now. So I figure there must be something about the topography of the area around Vankleek Hill that the Army anticipates needing some expertise in the future. Like, maybe some trouble in Eastern Europe or, more likely, all of Europe thanks to Greece and Italy defaulting on their debts.

Of course, given the inevitable worldwide spill over from the swiftly approaching Europocalypse, it’s entirely possible the training exercise was really about learning the various places the people of Vankleek Hill could form a resistance cell.

The soldiers were very nice. They gave my girlfriend and Andrew, her oldest son, a tour of the G-Wagons and posed for her photos. I showed up about an hour earlier, while the exercise was still going on, and the sentry at the fairgrounds gate wouldn’t let me in.

He did tell me all about his paintball hobby though. Apparently his paintball gun is nearly identical to the standard issue C7AI/C8A1 Army rifle. Which just seems weird. But I figure it’s information that could prove useful later on. I think my resistance code name will be Pierre Berton.