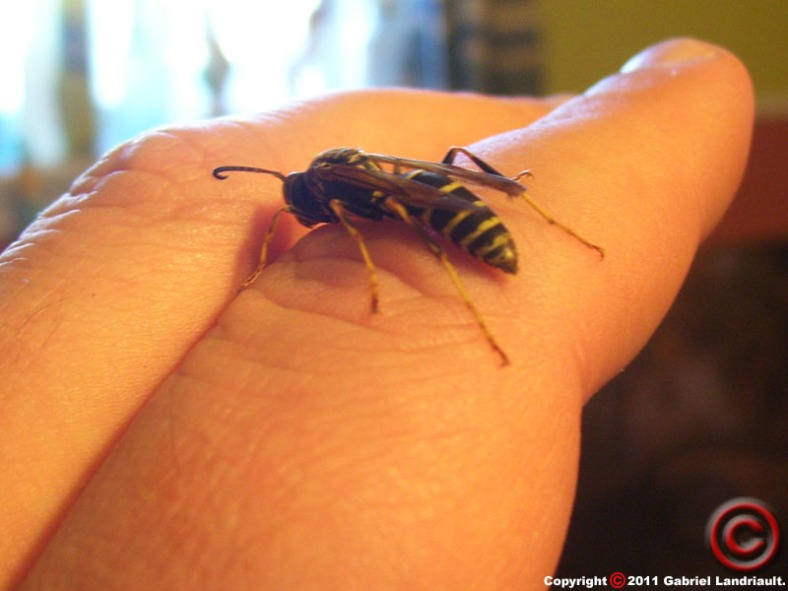 Those are my fingers. I have a shot of the… whatever it is, where my whole hand is in the frame, but the light sucks. I really wanted it to crawl on to the palm of my hand, but it wouldn’t play along. It mostly stayed locked right there, until I dropped it to the ground and stomped on it.

I’m guessing it’s a wasp. I like insects, unless they’re biting me I go way out of my way to avoid killing them outside. But once they’re inside my home, it’s go time. I be like the T800 with a M134A2 Vulcan Minigun, and they be like the fools trying to stop SkyNet.

You could almost hear them whispering to their larvae “Listen, and understand. That Terminator is out there. It can’t be bargained with. It can’t be reasoned with. It doesn’t feel pity, or remorse, or fear. And it absolutely will not stop, ever, until you are dead.”