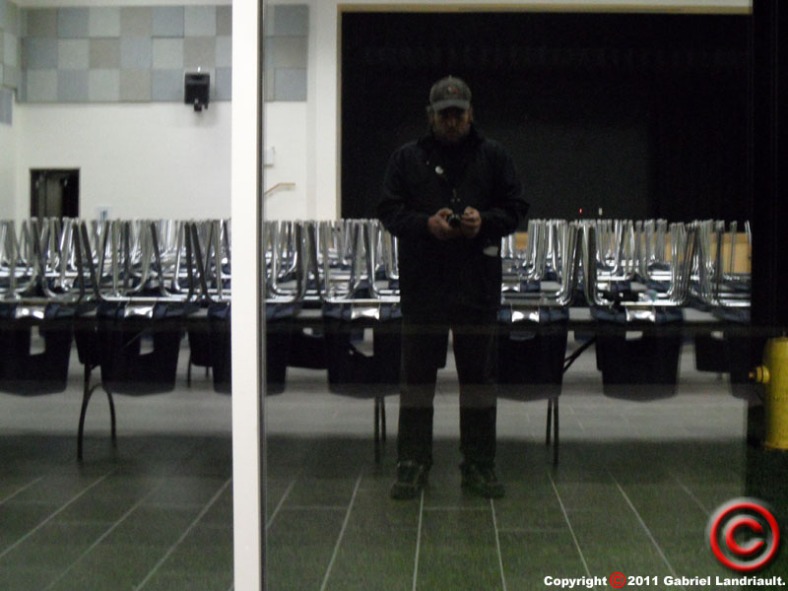 The Ontario provincial elections were held a few days ago. The wrong party won for exactly the wrong reasons, but it gave me the opportunity to see the inside of the new Vankleek Hill Collegiate Institute (High School), where the polling stations were. And, on the plus side, it seems very clean.

On the downside, the school is tiny. It honestly feels like the gymnasium was designed by the same people who put together Spinal Tap’s mini-Stonehenge props.

There’s an attempt to make things seem larger, by using lots of windows, and glass walls, but it just gives the interior an experimental rat feel. The local school board said they built it so small because their regional population estimates say there will be less demand for an English language high school in the next twenty years.

Which, of course, is bullshit. They built it small so they could keep costs down, having a place to keep the Lilliputians comfortable is just a remarkable coincidence.

Maybe they didn’t need to build the new school to the exact dimensions of the old one — seriously, who needs a library anymore — but whoever decided the design of this new school was a good idea, needs to have their genitals tapped with a cricket bat. Firmly, but just once, we’re not barbarians.

Anyway. That’s me in the photo, standing in the new “VCI cafetorium”, which is a completely made up word meaning “we’re too broke to build a stage, plus a cafeteria, so we’ll give you something totally inadequate for either task”. Public relations is such a compact language.

I like this shot because it looks as though I’m disappearing.

4 thoughts on “Self Portrait Saturday the vanishing edition”